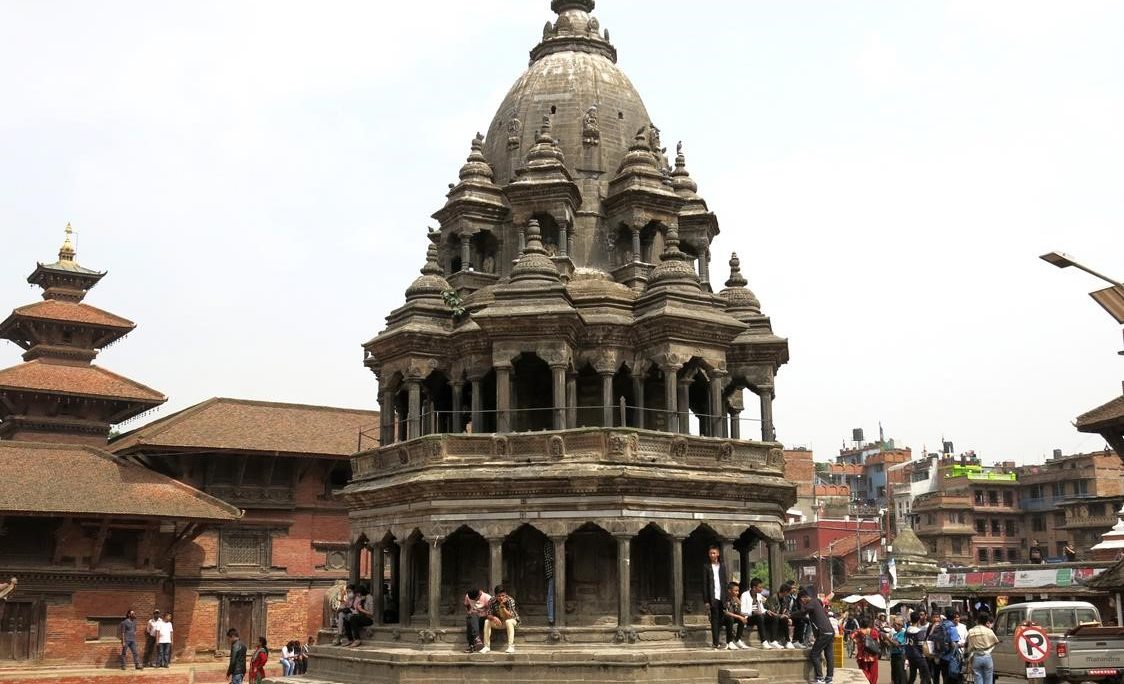 Kathmandu – The U.S. Embassy is pleased to announce this year’s recipient of the Ambassadors Fund for Cultural Preservation (AFCP).  Following the worldwide competition, a grant has been awarded to the  Kathmandu Valley Preservation Trust (KVPT) to support the conservation and seismic strengthening of 18th-Century Octagonal Krishna Temple in at Patan Durbar Square.

Through the AFCP, the U.S. Embassy will provide $150,000 to KVPT to conserve the shikhara style Krishna Temple, which was built in 1723 A.D.  The project will stabilize, seismically strengthen, and support urgent restoration work needed to conserve the temple, which was significantly weakened during the earthquakes in 2015. As part of the Kathmandu Valley Preservation Trust’s (KVPT) five-year earthquake response campaign, the project will employ local artisans to restore this historic stone structure using the highest international standards.

“Our over two decade long cultural preservation partnership with Nepal is a tangible symbol of our mutual friendship and shows our respect for Nepal’s diverse and rich heritage,” said Ambassador Berry.  “The United States is committed to protecting Nepal’s unique and irreplaceable cultural heritage. The conservation of the Krishna Temple is an important step in preserving historic stone architecture for future generations.”