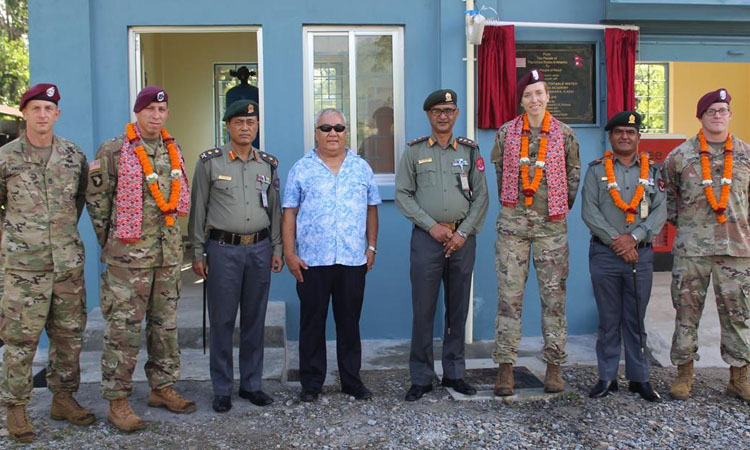 The U.S. Embassy is pleased to announce the handover of a series of deep tube wells in the Pokhara area. Members of the U.S. Embassy’s INDOPACOM Augmentation Team turned over completed wells on August 26, 2019.  During times of crisis, the wells would provide all citizens in the area with access to clean drinking water.  The first two completed wells are located at the Armed Police Force Nepal Training College in Lamapatan and the Armed Police Force Nepal Kalika Battalion in Malepatan, where the handover ceremony took place. Three remaining wells are scheduled to be complete in October 2019, bringing the total to five.

The ceremony was attended by Deputy Inspector General of the APF Baburam Pandey as well as the INDOPACOM Augmentation Team Leader, U.S. Army Captain Caitlin Haner, who said “projects like these are symbols of our commitment to disaster preparedness and preparation in Nepal and will provide a real and tangible benefit to the people of Nepal.” The deep tube wells and other initiatives like them demonstrate how United States INDOPACOM enhances stability and encourages development in the region.